Under normal circumstances, when you tweet your blog posts, they appear as just a link on twitter. To get more out of your tweets, you can integrate Twitter Cards into your blog post. Twitter Cards make your blog tweets more appealing to your followers. As a result, you get more traffic to your WordPress blog from Twitter. 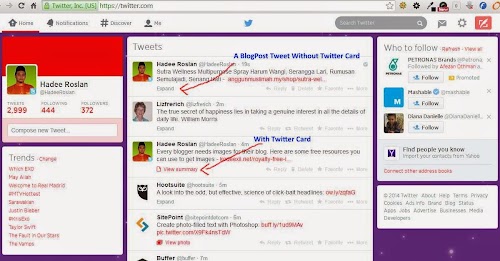 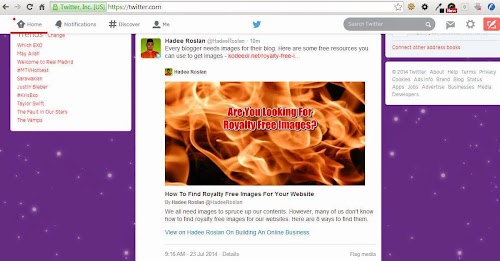 At the end of the day, by implementing Twitter Cards, you will gain more traffic to your WordPress Blog as your posts are ReTweeted again and again.

How To Start Using Twitter Card on Your WordPress Blog?

So you now want a little bit more traffic to your WordPress blog from Twitter right? Then follow the following steps to get Twitter Card running on your site.

1. Install Yoast WordPress SEO plugin if you have not already done so and Activate it.
2. Open up WordPress SEO’s Social Settings and click on the Twitter tab.
3. Fill up the fields with your Twitter data and select “Summary with large image” as your card type. 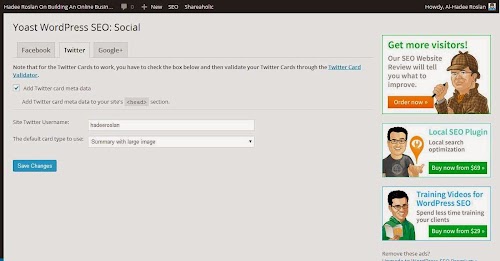 That’s all you need to do. Pretty simple right? Now, open up any one of your blog post and verify that your Twitter Card is inded implemented by Yoast WordPress SEO. 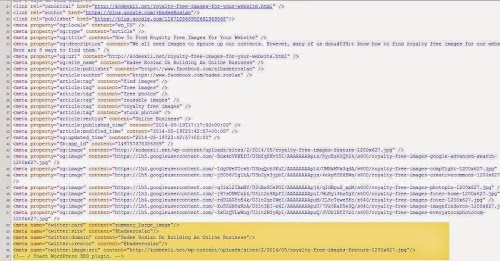 Now that your blog is Twitter Card ready, it is time to request for Twitter’s approval. Of course, you will need a twitter account. So if you don’t have one right now, go create it first. 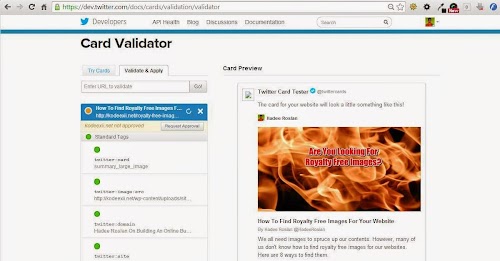 Just provide the validation form with the url of one of your blog post. Verify that you can see the post details as shown in the image above. If you like what you are seeing, then click on the “Request Approval” button. Twitter sends out their approval confirmation via email (the one you registered with on Twitter).

I received my approval within minutes. Immediately after that, I tweeted one post and saw a twitter card for it already.

In November 2013, a HubSpot A/B testing found that tweets with images received a 36% increase in clicks, a 41% increase in retweets and a 55% increase in leads.