The Lilywhites started the match with a positive attitude and high in confidence. Pressuring high in The Blues’ territory. Spurs was pretty much in total control of the game in the early stages of the first half.

10 minutes or so into the game, Spurs finally broke the deadlock. Just as the commentator completed saying “.. now past 10 hours since they last conceded a goal in the league.”, Christian Eriksen unleashed a thunderous left footed screamer straight into the top right hand corner of Chelsea’s goal.

This is one heck of a strike, indeed. Great to see Eriksen scoring again.

Throughout major period of the first half, Chelsea was unable to muster any threat against Spurs. Lloris, basically had nothing much to do. It was a totally one sided affair.

It all changed a few minutes before halftime. Pedro received a pass just outside of the box. After a quick turn, he managed to squeeze in a spectacular curl towards goal. Lloris’ outstretched hand was not able to prevent the ball from striking the net. 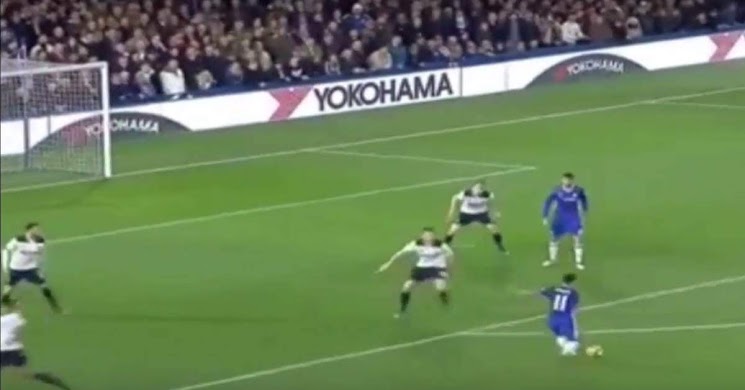 Chelsea came out of the tunnel with a more attacking mindset. They were the hungrier lot. The Blues was a little faster and quicker to the ball. They pressed higher.

Both flankers, Hazard and Moses were able to push themselves further up the field as Tottenham’s dominance in midfield swayed away. Eden Hazard, Diego Costa and Victor Moses was a thorn for the Spurs’ backline. They ran circles around Tottenham’s back four.

It was all Chelsea and not long after the restart, Moses was presented with a gift of a second Chelsea goal.

Diego Costa found Victor Moses alone and wide open early in the second half in one of his forays into the Spurs penalty box. Moses connected with Costa’s cutback with an unstoppable low drive that ricocheted off both Hugo Lloris and Jan Vertonghen into the goal. 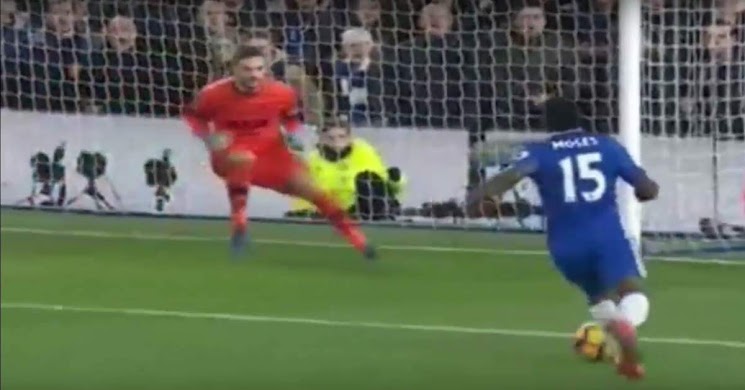 Pochetino brought in Harry Winks, Victor Janssen and Kevin Nkoudou to beef up Tottenham’s midfield and attack. While they did manage to balance out Chelsea’s dominance at midfield, they were not able to break The Blues’ resolve to maintain their lead.

In the end, it remained Chelsea 2 – 1 Tottenham. The last unbeaten team in the league this season finally succumbed to their first loss.

Over all, the game depicted Tottenham’s problem this season. For all the dominance they’ve shown over opponents, they are not able to create scoring chances. Let’s have a look at some interesting player stats after 13 matches played.

From the stats above, on average, the 5 players have only managed to create about 7 chances per game. Now, these are players who the team depend on to create chances. If they can only create 7 chances in every game, I don’t think the team can expect to score a lot of goals.

They need to be able to create more chances for Harry Kane. Kane, at the moment, has got an incredible conversion rate – 33%. That’s about 1 goal in every 3 tries.

Granted, we’ve just gone over a quarter of the season. Still a long season ahead. The team have lost only once and they are 4 points away from the fourth spot.

Defensively, Tottenham has been stout, just like last season. At the moment, they share the spot as the team with the least goals allowed. However, most of that is probably due to partnership of Toby and Jan. It’s a different story without Toby.

The goals are coming in 2 per game without the complete pair (at least in the past few games). Since their scoring average is just about 1 goal per game, this does not look too good. Pochetino has got some work to do, definitely.

I think the team is just going through a bad patch in their season. If it is, good that it comes early on. Get it over and done with as quickly as possible.

Up next for Spurs, Swansea at home. Are we going to see the core playmakers working on becoming more creative and create more chances? Or are we still going to see the overly patient approach?